Recently, there has been a great deal of research regarding the brain and the dependency it can form to the highly dangerous—and addictive—cocaine. While this research presents subtle hope that addiction treatment may become more targeted in the future for cocaine addicts, findings have also shown what a powerful drug it is.

Like other illicit substances, cocaine use can begin casual and swiftly transform into a life-altering addiction. As such, we at Chapters Capistrano believe it is not only important to raise awareness to prevent substance abuse in the first place, but also recognize addiction to cocaine as soon as possible. The sooner one is able to identify a growing dependency on cocaine, the more chance he or she will have to seek recovery and reestablish a healthy life.

If you believe you or someone you love is struggling with a cocaine addiction, we invite you to read through these common stages of dependency associated with the life-threatening drug:

Recent studies have suggested the idea that specific addiction to cocaine can be influenced by certain variances in genetics. Like those who have family histories of addiction, individuals who are pre-disposed to these genetic differences are considered to be at higher risk of addiction. This does not mean that people are immune to addiction, just that some may be more likely to slip into addiction more quickly than others after use of cocaine.

Recognizing family histories and pre-disposal to addiction is essential to understand why it is never worth experimenting with this dangerous drug and other substances.

People who become addicted to cocaine are exposed to the drug in either one of two ways that typically begin with recreational, or experimental, use. Individuals who have become comfortable with drinking or smoking marijuana may find themselves more likely to be interested in using heavier drugs—such as cocaine. Others may experiment with cocaine with no real history of addiction.

In either scenario it is important to note that recreational use does not equate to “safe” use. In fact, individuals using cocaine for the first time are just as much at risk of experiencing overdose as those who habitually use the drug. Overdose can result in heart health issues, many negative side effects, disorientation and even death.

Cocaine addiction can be a combination of both psychological and physical dependency; the former of which usually occurs first. During the compulsive stage of cocaine abuse, individuals may become habitual users of the drug, initially forming an addiction to the “highs” associated with the drug. However, the body will become chemically dependent on the drug through repetitive use, making it much more difficult for an individual to give it up.

During this stage, individuals may try to seek out the high they originally experienced with the drug and resort to more severe administration methods apart from snorting the drugs. For instance, some may begin to inject the drug or smoke it. As individuals become more inclined to use cocaine regularly, they will find that the drug is extremely expensive.

While individuals will feel that they need the drug to survive and deal with stressors, the financial impact of this addiction can be devastating. This pattern is commonly associated with the user’s decision to use “crack cocaine,” a form of the drug that may contain many more dangerous substances—but is available at a lower cost, making frequent use more attainable.

Although many may be able to recognize addiction during the stage of compulsive use, some will not be encouraged to seek help until the dependency has taken control of their life. As the body becomes completely dependent on the drug, addicts will only focus on fueling their next high. Needless to say, getting these drugs and being in a constant state of dysfunction will impair one’s daily life in an extreme way.

Individuals facing dysfunctional addiction will likely no longer be able to work, be in poor health, lose sleep, experience paranoia, become violent and lose attachment to all responsibilities. Since individuals at this stage are constantly seeking a cocaine high, the risk for overdose becomes much higher and the need for intervention is critical.

Moving Away From the Stages of Addiction

Those who are able to recognize cocaine addiction will know that giving up the drug is not an easy thing to do—physically and psychologically. The withdrawal symptoms of cocaine addiction are severe and result in a strong crash that is hard to push through without medical supervision. Fortunately, with a comprehensive detox program, individuals addicted to cocaine can establish greater chemical balance and begin to approach the therapeutic side of addiction recovery.

Those who fear they are relapsing into cocaine abuse or are experiencing the addiction for the first time are urged to reach out for professional help. Chapters Capistrano provides comprehensive, flexible treatment options to make recovery a more individualized and comfortable experience. If you’d like to know more about how our on-site detox, adaptive programs and wellness initiatives can better help you or a loved one embrace recovery, please call us today at 949-276-2886.

Chapters Capistrano strives to help people who are facing substance abuse, addiction, mental health disorders, or a combination of these conditions. It does this by providing compassionate care and evidence-based content that addresses health, treatment, and recovery.

With the current COVID-19 outbreak, many questions surrounding the virus arise. The safety of our staff and patients is the top priority across all of our centers. We have taken the necessary precautions to minimize the risk of exposure and transmission of the Coronavirus to those in our treatment programs, allowing them to focus on their recovery.

Do not allow COVID-19 to stop you from seeking the care you need.

About Us Our Staff Program Schedule 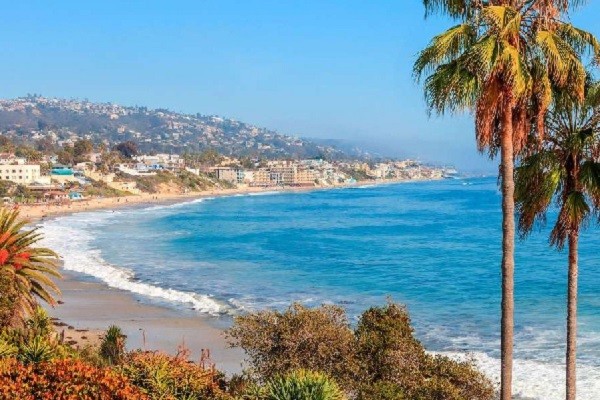 Look what Chapters Capistrano Recovery has to Offer You