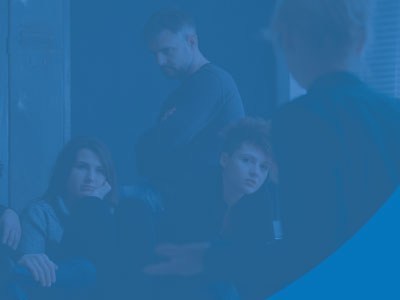 Our Response to COVID-19

Chapters Capistrano is a premier leader in handling cocaine addiction. The addiction experts at Chapters have created a highly personalized treatment program for individuals addicted to drugs and alcohol. Each case of dependency is unique and requires a specialized approach to ensure success and allow an addict to achieve freedom from drug dependency.

Cocaine is a crystalline tropane alkaloid that is created from the coca plant. It stimulants the central nervous system which can create a sense of heightened awareness and feelings of euphoria, but can also have catastrophic effects on all aspects of an addict’s life. There are no legitimate uses for this drug, other than for government-sanctioned medicinal purposes, and its possession in any form constitutes a serious crime. While cocaine is illegal, the vast distribution network throughout the United States and the number of abusers has made it the second most popular illegal recreational drug in America, behind marijuana.

Abusers may use the drug in a number of ways, including orally, by insufflation (commonly known as snorting or sniffing), injection, as well as other methods. All of the aforementioned drug use methods can be fatal. Addiction can have a severe impact on the abuser’s body and lead to cardiovascular and brain damage as well as many other significant side effects. Emotional side-effects of dependency can include mood swings, paranoia, psychosis, panic attacks, and dramatic changes in personality and behavior.

Cocaine Detoxification Withdrawal Doesn’t Have to be Painful

At Chapters, we understand that most people are anxious about the idea of going through withdrawals and this keeps them using the drug. We recognize that withdrawal can be uncomfortable, but it doesn’t have to be.

Through the rehab programs at Chapters Capistrano, our process engages the most traditional and safe form of withdrawal from using, which is a drug-specific detox. Clients receive mild prescription medication under medical supervision that reduces the risk of seizure and eases withdrawal symptoms. These medications generally are prescribed in tapering amounts until the body is physically stabilized.

Chapters Capistrano recognizes the unique challenges presented by addiction both on the individual suffering and their friends and families. Contact Chapters today to learn more about our personalized rehab programs that are offered.

Our Staff View Our Facilities Why Chapters Capistrano

Look what Chapters Capistrano has to Offer You