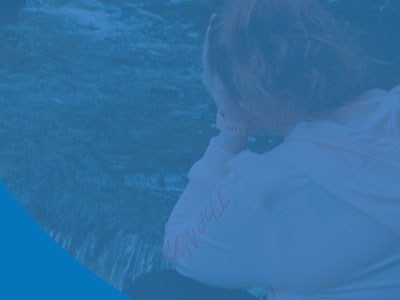 Our Response to COVID-19

For years, people throughout the world have been using psychedelic drugs. While there have been thousands of research papers and other information gathered on the dangers of these drugs, people continue to use them despite this information. These types of drugs are called hallucinogens. There are three categories for the psychedelic drugs.

The first psychedelic drug category is serotonergic or the classical ones. This is the category of drugs that most people think of when talking about psychedelic drugs. Mescaline, DMT, and LSD are in the serotonergic category. If someone takes these types of drugs they will have significant sensory perception changes including audible hallucinations, as well as visual ones.

The second psychedelic drug category is empathogens. These types of drugs affect neurons. These neurons are the ones responsible for releasing serotonin. If the user is going for increased feelings of attentiveness, awareness, love, and euphoria, they may use these drugs. Most of the time the high from this type of drug is mild. However, it does change perception including visual and auditory stimuli.

The third psychedelic drug category is dissociatives. These types of drugs cause derealization and depersonalization. Users who are taking this type of drug will feel disconnected from everything, including their body.

The problem is that everyone can become addicted to these drugs. The feelings they get from them may seem enjoyable or even help to relieve stress. This can be a very addictive feeling and the user may take more and more of the drug, so they don’t have to face reality. There are many people who abuse these drugs. The psychological issues caused by these types of drugs can last a lifetime. Psychedelic drugs can cause PTSD or psychosis as well. It is important to learn more about these drugs and what to do if you have become dependent upon on them.

LSD is also known as lysergic acid diethylamide or acid. It is one of the most commonly abused psychedelic drugs. Throughout the 1960s, this drug was used a lot. Many famous people were using it as well. In the 20th century, there were many studies done regarding this drug. This drug has been shown to alter perceptions and awareness. It has caused hallucination as well. There are negative effects associated with LSD use including paranoia and anxiety. Some people have even developed schizophrenia and other psychological disorders from using LSD.

Psilocybin mushrooms, also known as magic mushrooms, are a type of fungi that have been known to cause hallucinations. There are more than 100 species of psilocybin. This type of drug can cause altered thinking, empathy, and euphoric sensations. In some types of psilocybin mushrooms, people have been known to have closed eye hallucinations. While these mushrooms may not be as dangerous as others, they are difficult to tell from poisonous mushrooms. This is a danger all in its own. Death Caps, one of the toxic species, looks similar to psilocybin, and has caused many fatalities.

DMT, also known as N,N-Dimethyltryptamine was researched more during the later years of the 20th century. During the 1990s, this drug was given the nickname of the Spirit Molecule, by Rick Strassman, a scientist. DMT has been around for thousands of years. Tribes throughout the Amazon has activated this drug through drinking tea. This drug is one of the strongest psychedelic drugs around the world. Users often experience strong visual hallucinations. The psychological problems caused by this drug often caused bad trips.

Peyote, also known as mescaline, is another one of the psychedelic drugs. the reason the names are interchanged is because mescaline comes from cacti such as peyote. This drug is often used in the Native American culture. It is illegal in the United States of America. The use of this drug can cause increased introspection, euphoric sensations, and the enhancement of colors. This drug can taste bitter and may cause nausea or even vomiting. There is a chance of developing a psychological addiction to mescaline.

MDMA, also known as 3,4-Methylenedioxymethamphetamine, molly, or ecstasy, is a type of drug that causes oneness or communion sensations. MDMA is often known as the party drug. If someone is using this drug in larger crowds, they have a much higher chance of having a bad trip. Mood is often elevated with this drug which sometimes leads to risky sexual behaviors. The physical and mental effects caused by this drug do make it addictive. There are increased audio and visual effects when using this drug as well. MDMA can cause increased body temperature and dehydration. With the chance of hyperthermia caused by this drug, there have been fatal complications from its use.

N-Bomb, also known as 25l-NBOMe or 25l, is a synthetic drug. It is often used with brain mapping and neurochemistry. This is a powerful psychedelic drug that produces severe hallucinations. This drug is used in many recreational situations, similar to that of MDMA. The increased affection and empathy caused by this drug can cause dangerous sexual encounters. In addition, some users experience a doomful or severely anxious feeling. Some people have overdosed on this drug.

Salvia, also known as Salvinorin A, is a type of psychoactive drug. It comes from a plant that is native to Oaxaca, Mexico. This drug is unique when comparing it side by side to other psychedelic drugs. It is a terpenoid which means it has a broader category of the organic chemicals. This dissociative type of drug which means it distorts sound and sight. It makes the user feel like they are detached from reality. Many users feel as if they are in a trance. It can increase feelings of anxiety.

PCP, also known as phencyclidine, is a type of synthetic drug. It can cause the user to have dissociative hallucinations. Some of the effects known to this drug include disorientation, delirium, and mania. The use of this drug for humans in medical situations was ended during the 1950’s. PCP does have addictive properties and some users have developed severe psychological issues.

Ketamine was created for the same purposes as PCP. It was originally used for surgeries as an aesthetic. It can induce memory loss and sedation. It has since been restricted in veterinary environments. While many people state this drug can’t be addictive, there are millions of people who have become addicted to it, who say it can.

DMX, or dextromethorphan, is often abused accidentally. However, once someone starts abusing it, they may have a difficult time stopping. DXM is the main active ingredient in many cough medicines such as Robitussin, NyQuil, and Vicks. When taking in higher dosages, the user may experience dissociative hallucinations. They may also get a high that leads to addictive use of this drug. This addiction is difficult to overcome.

GHB, also known as gamma-hydroxybutyric acid, is a type of psychoactive drug that occurs in the brain naturally. However, it is also prescribed for anesthetic uses, along with narcolepsy treatments. If someone uses this drug for recreational purposes, they may experience side effects similar to that of MDMA. Many people use this drug at raves and in the clubs. There are habit-forming properties known to this drug. Many users will experience symptoms of withdrawal when they stop taking it.

There are also the 2C family group of psychedelic drugs. These are known as designer drugs, as well as the MDMA analogs. They were synthesized first during the 1970s by Alexander Shulgin, a chemist. Drugs in this family are known to cause hallucinations, enhancement of color, increased heart rate, euphoric sensations, and increased stimulations. Many people have overdosed on these types of drugs.

Some psychologists do consider marijuana to be a psychedelic drugs. The main attribute to these types of drugs is that the drug can alter perception and cognition. Marijuana is one of the drugs that can do this. In fact, most people use this drug to relax or to heighten their mood. Ibogaine is another one of the drugs known for psychedelic properties. While this drug isn’t used as much as others, it still should be noted as people have experimented with it. There are many dangerous heart health effects from this drug.

Getting Treatment for Abuse of Psychedelic Drugs

Have you become dependent on any of these types of psychedelic drugs? Do you have an addiction to a psychedelic drugs or more than one of them? If so, it is time to seek out addiction treatment help. These substances can cause dangerous side effects, overdose, or even fatalities. Don’t let that happen to you. There are many addiction treatment center professionals who want to help you today. When you make a call to the addiction rehab center, let them know what drugs you have been using. Let them know of any effects you have experienced and that you want to get help. You don’t have to wait any longer. Get the treatment you need right away.

Our Staff View Our Facilities Why Chapters Capistrano

Look what Chapters Capistrano has to Offer You